Bing’s Burger Station is located in historic Old Town Cottonwood and officially opened its doors in August 2009. Bing’s is located in an early 1940s service station. Originally the service station began its life as a Atlantic Richfield station, but over the years it also served as a Mobil station and a Chevron station. The building is all metal, but has been updated with a stucco exterior. The original bay doors have long since been removed, but when looking at the front of the building you will notice the two sets of 3 panel windows on either side of the front entrance, which were the original location for two service bay doors. Inside Bing’s you will notice a functioning garage door over the entrance to the patio. While the door has been updated, its original purpose was to allow service station personnel access to the current patio area to perform mechanical service to customer vehicles. The red sandstone colored patio is a new addition, but the steel pergola structure compliments the original building while creating a relaxing seating environment for guests. Look down closely at the patio and you’ll notice inverted Coca-Cola bottles that have been imbedded in the cement.

The patio provides an additional view into the past as it looks across Larry’s Antiques, two acres of old cars, gas pumps, signs, tractors, and many other treasures from the past. Look off the east side of the patio in Blowout Creek and you’ll notice the raised cement and rock crossing which is a remnant of the original Main Street before it was relocated. The gasoline island currently showcases two gas pumps originally had three pumps, each of which wore the colors and symbols of the brand of gasoline that was in business at the location. Two Gilmore pumps are in place on the gas island and provide a backdrop for the red 1950 Plymouth Special Deluxe sedan parked next to them. 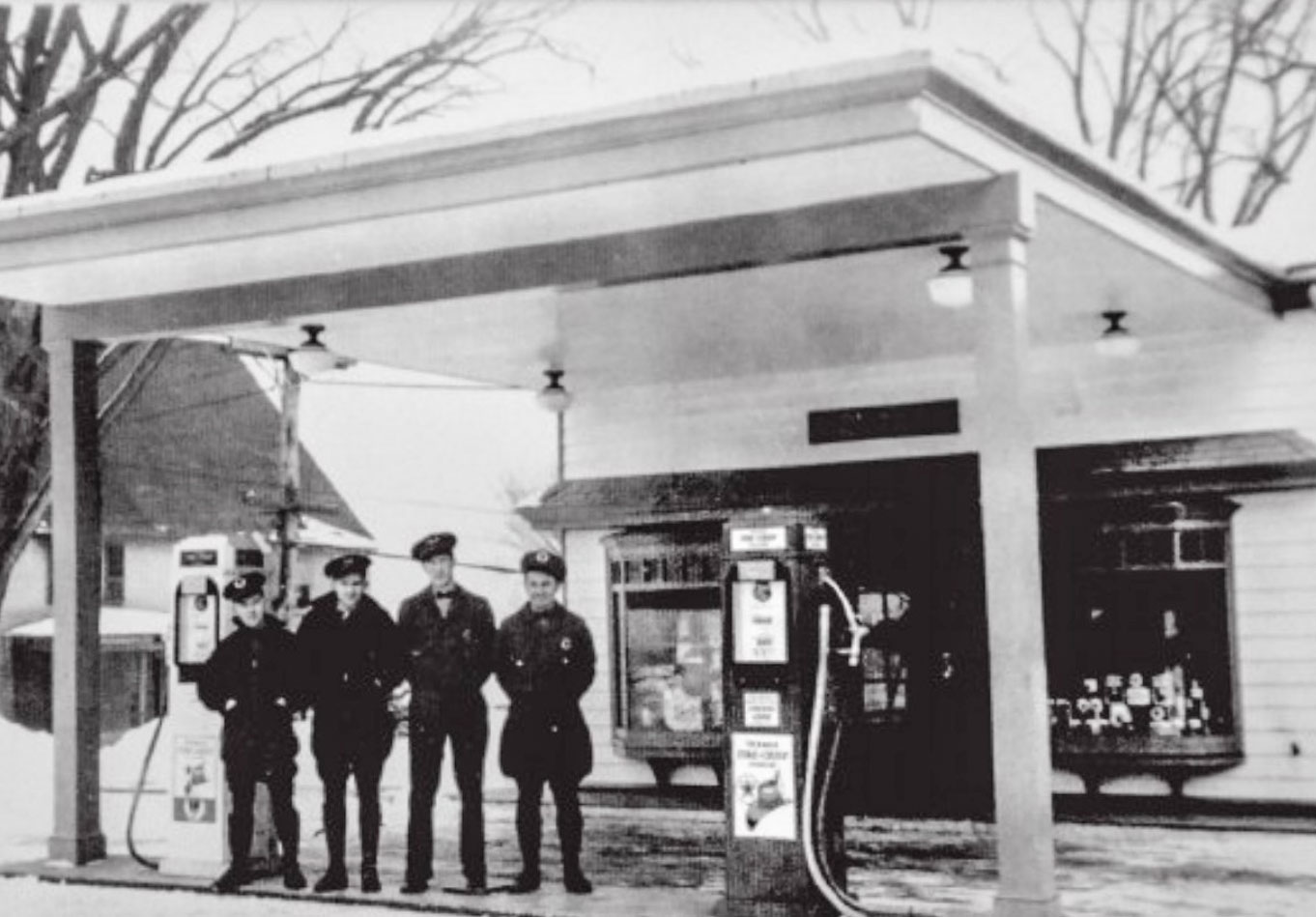 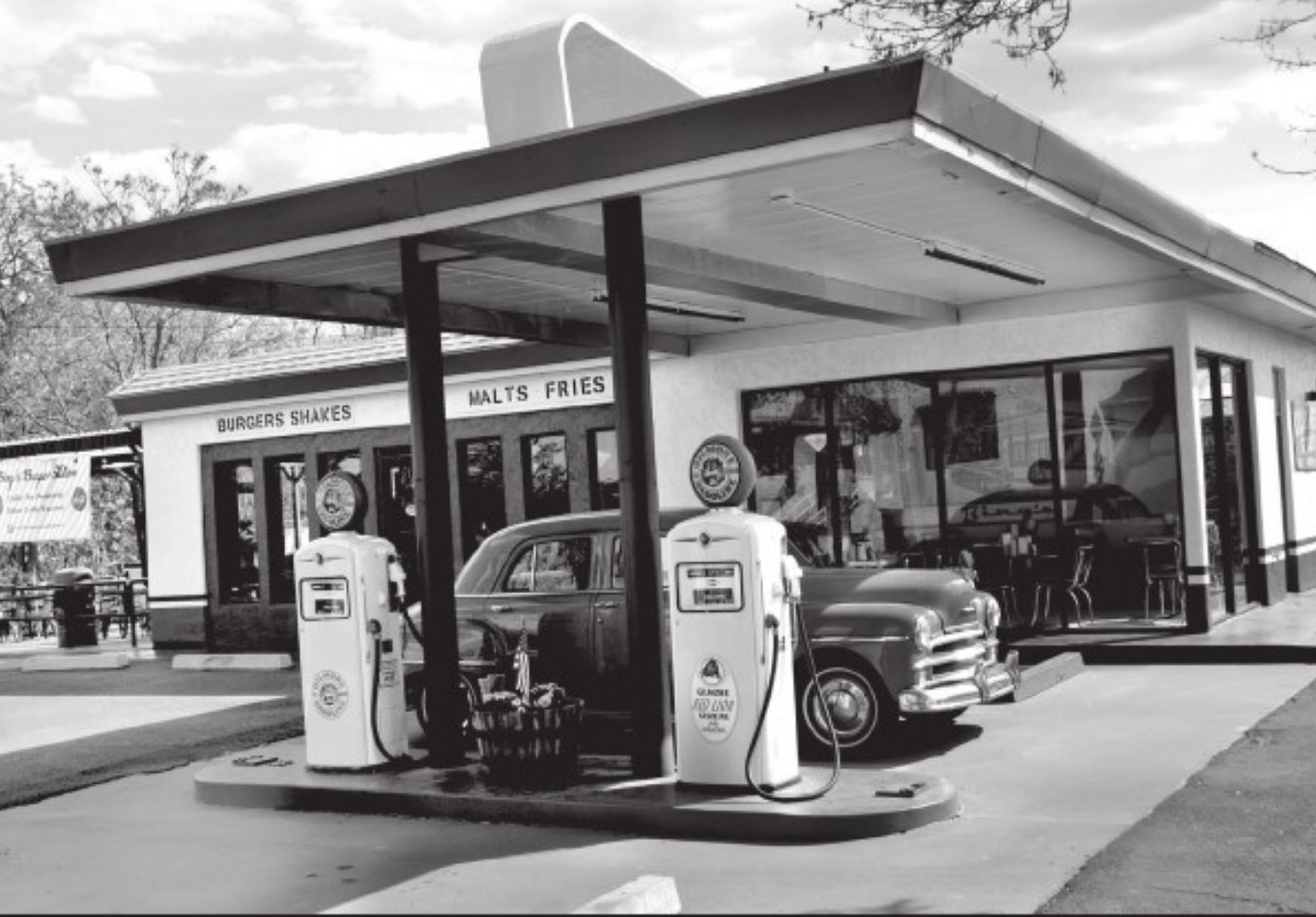 The original service station restrooms are still intact. One currently operates as it has for decades, the other for storage. No big hubcap with the key on the end of it to get into this restroom, the door is opened during business hours. The interior to Bing’s has obviously changed significantly. The black and white mosaic tile is a new addition, but it follows the contour of the original floor. On the far west side you will notice a slight ramp which leads into the office area of the original service station.

While the old metal car parts and lubricants have long since disappeared the atmosphere and recollection of friendly service and simpler days remain.

We are Brent and Kara Knowlton. Brent has many years of experience in the restaurant and hospitality fields. 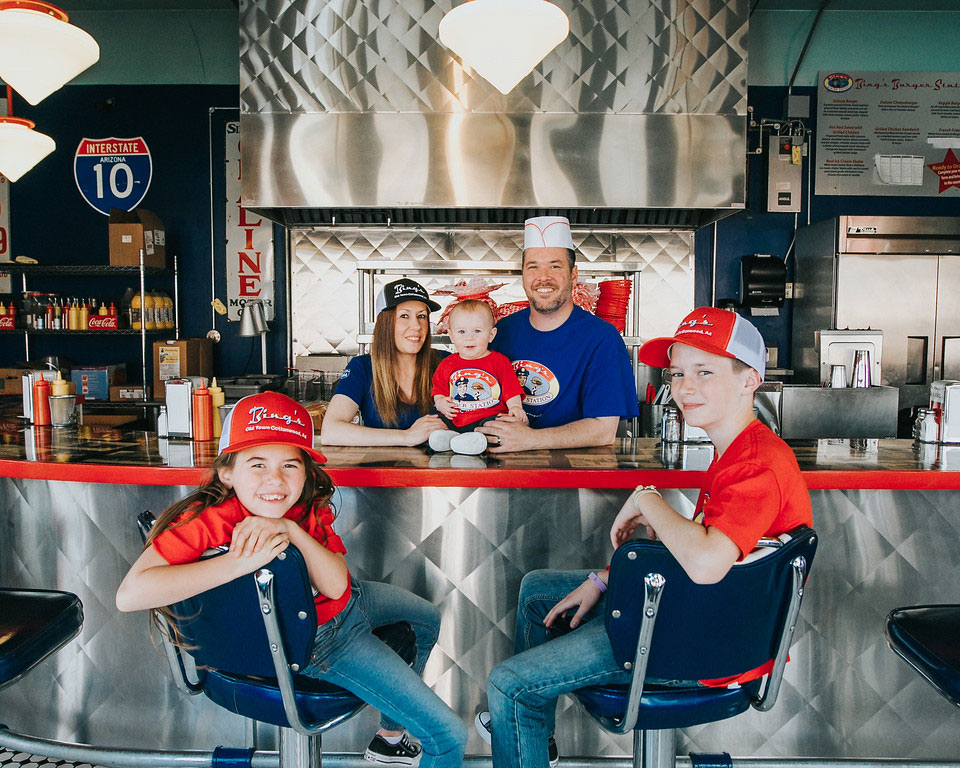 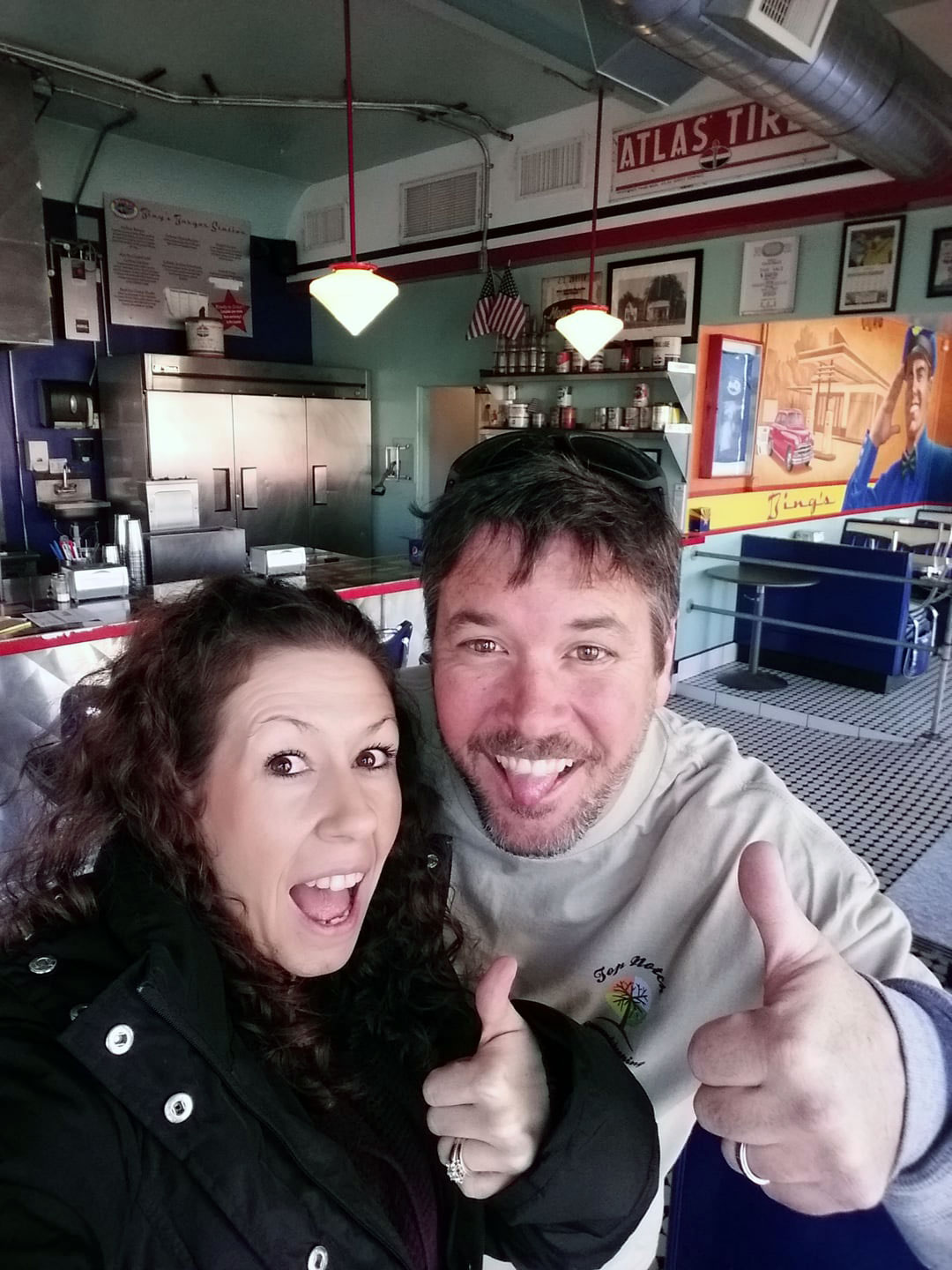 The day we bought bing's

Fun for the Whole Family